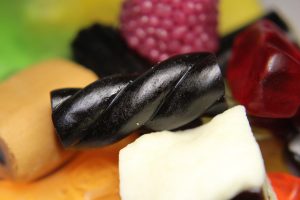 Most people think of licorice as that black candy that comes in a variety of shapes, from long strings to bite-sized twists. However, as a practitioner of Chinese herbal medicine, I think of licorice as being more than just a type of candy. That’s because licorice comes from a root that’s used as an ingredient in a number of Chinese herbal formulations. It’s called Gan Cao (sweet herb), or Zhi Gan Cao, which means that it’s been fried in honey. Either way, licorice root is considered to be a sweet, tonifying, and harmonizing ingredient added to a variety of formulas.

Is Licorice Included In A Chinese Herbal Formula?

Licorice may be included in a Chinese herbal formula for a couple of reasons. It helps to strengthen your digestion and boosts your energy. That translates into better digestion to help you extract more energy and nutrients from your diet. Licorice root also helps moisten your lungs when they’re dry, and it can be used as an expectorant for lung congestion or to soothe a cough. As an herb, licorice is sweet and has a neutral temperature, which makes it a good choice to harmonize the properties of other herbs in a formula. It can balance the temperature when the other herbs are too hot or cold and it also helps soften the properties of overly powerful herbs. Also, because licorice is sweet, it helps improve the taste when it’s added to a formula.

Licorice isn’t just used as an herb in Chinese medicine; the ancient Egyptians also used it. In fact, licorice was found in King Tut’s tomb, and it’s theorized that it was included to add sweetness in the afterlife. In the middle ages, licorice was used as a digestive aid and was often eaten or added to foods to offset the effects of spoilage. And the English used licorice to treat respiratory infections. Used to treat coughs, lung problems and for its anti-inflammatory ability, licorice was boiled with other herbs, such as fennel, sassafras, and aniseed.

At BodaHealth our naturopathic doctors also use licorice for its antioxidant, antimicrobial, and antibacterial properties. It may be prescribed as a supplement to help manage inflammation, heal the digestive tract, prevent liver damage, and for its neuroprotective properties (to prevent damage to brain cells).

How Is Licorice Used Today?

Today, licorice is used to make candy, teas, and as flavoring. While you may not think of licorice as very sweet, it’s actually about 50 times sweeter than sugar! That sweetness comes from glycyrrhizin, a compound found in the licorice root. However, glycyrrhizin is also associated with some unwanted side effects when it’s consumed in very high doses. If taken in amounts high enough and for long enough, licorice can elevate your blood pressure, cause water retention, upset your potassium balance, interact with some medications and cause problems with your kidneys and liver. Harmful doses are high—somewhere between 50 and 150 grams of licorice a day, which would give you about 100 to 200 mg of glycyrrhizin. Fortunately, licorice can be processed to remove the glycyrrhizin and still provide all its healing properties. The result is called deglycyrrhizinated licorice, or DGL.

A good rule of thumb is if you’re planning to take fairly large doses of licorice to treat digestive issues, choose products that contain DGL. However, if you’re occasionally drinking tea or have been prescribed a Chinese herbal formula that contains licorice, these are not given at high doses and you’re fine with the unprocessed kind. I frequently prescribe formulas that contain licorice for its inherent actions, but also because it harmonizes the formula and makes it taste better. The amount of licorice in a Chinese herbal formula is low—only a small percent of all the herbs included—and it’s usually not taken for long periods of time. Personally, when I get a sore throat or a chest cold, I look for teas that contain licorice, because it’s soothing, speeds up the healing process and it really tastes good!