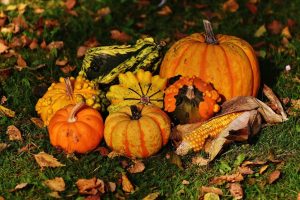 When it comes to Chinese herbal medicine and dietary therapy, the lines are often blurry between what’s considered to be an herb and what’s considered a food. This is evident when it comes to melons, gourds and squash. There’s a good reason for this overlap, in that both herbs and foods have very specific properties, actions on your body and an inherent temperature—whether it warms you up or cools you off, not how spicy it is or how hot it’s served. The main difference is that the properties of herbs are much stronger than that of foods, but foods are also considered to be medicine too—that you get to eat several times a day.

In addition, eating seasonally and locally has meaning in Chinese medicine. That’s because the properties of most fruits and vegetables are meant to target your specific health needs during each season. The melon, gourd and squash family is a prime example of this principle.

The fruits and vegetables in this family are often categorized by summer and winter, such as summer and winter melon and summer and winter squash—for a reason. One of the most effective herbs for dealing with heat exhaustion and heat stroke is watermelon, which is clearly a summer melon. Its action is to clear heat, generate fluids and relieve thirst. Of course, as a food, watermelon has these exact same properties, and is a great cooling snack for a hot summer’s day.

While watermelon is considered to be a summer melon, Winter melon (also called Wax Gourd or Ash Gourd) has very different properties from watermelon. Winter Melon is considered to be a fruit, but it’s often eaten as a vegetable. While it grows on a vine in the warm weather, it’s called Winter Melon because as the fruit matures it develops a waxy coating that allows you to store it for several months throughout the winter.

Because Winter melon is grown during the warm weather, it retains the property of clearing heat. However, it’s not as cold as watermelon, and it has additional properties. The seeds from the Winter melon, Dong Gua Ren, are used to clear heat, treat infections and drain dampness and edema.  It’s often included in herbal formulas to treat lung congestion and infections, such as pneumonia. Also, it’s used in formulas to treat vaginal infections because it can help clear heat and resolve damp conditions.

The peel of Winter melon, Dong Gua Pi, is used to guide out water in cases of edema through increased urination. It can be used to treat summertime heat, especially during very humid days because it also helps your body get rid of dampness. Which can be the cause of the heaviness people feel in their joints on a cold damp day.

Interestingly, the fruit of the Winter melon isn’t considered to be an herb in the Chinese formulary, but it still has healing properties as a food. Like the peel and the seeds, it helps to drain excess water from your body, but it also helps with digestion, promotes good energy (known as Qi) and may be helpful in reducing inflammation and preventing stomach ulcers.

While Winter melon is considered to be a fruit, it’s often cooked and eaten more like a vegetable. Cooking it makes it slightly warmer energetically, in that it warms the interior of your body. Its flavor is cucumber-like, and it’s often steamed, stir-fried or sautéed. Because it takes on the flavor of accompanying ingredients, Winter melon is a common ingredient in soups, stews, stir fries and curries. Its slightly sweet and bland flavor means it can also be baked into cakes, breads and pies.

The pulp from pumpkins is considered a warming and nutritious food. It’s a hearty vegetable best eaten during the cool weather to help your body get ready for winter. However, its seeds are a different story. While considered to be a food, dried pumpkin seeds are also an herb called Nan Gua Zi, which translates into Southern Melon Seeds in Chinese. They’re used in formulas to expel parasites, such as tape and round worms.

The takeaway is that in many cases, the lines between herbs and foods aren’t always clear-cut. Chinese herbs are also foods, but parts of some foods may be considered an herb, while other parts of the same food are not. In addition, eating seasonally is more than just choosing what’s ripe now. The foods associated with each season actually have actions and benefits that address common heath issues associated with the current season.

If you visit one of the many pumpkin patches around Vancouver this year, think about the healing properties of this incredible squash—that’s also a gourd! And, if you’d like to know more about Chinese herbal medicine or food therapy, we’d love to share our expertise with you. Give us a call today to find out how the foods and herbs growing around us can benefit your health. Happy Halloween!